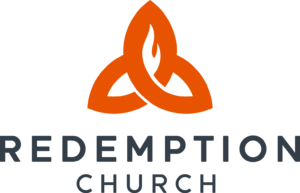 The story of Jesus’ birth is a strange one. It doesn’t seem strange to us modern day Christian who grew up with nativity scenes in our homes, churches, and even city parks. We all know the story: An angel tells Mary, a virgin, that she is going to give birth to the Messiah. Then the Roman Empire wants to conduct a census, and Mary and Joseph have to travel to their ancestral home in Bethlehem. While in Bethlehem, Mary gives birth and has to place Jesus into a feeding trough because she has nowhere else to put him. Then the angels announce his birth to some shepherds, and they run off to see this baby and worship him. It’s something we are all familiar with even if we haven’t spent a lot of time in church.

But this story is far from ordinary. Mary is an ordinary girl in a no-name town. She and Joseph were merely numbers in a Roman census. No one even noticed Mary’s pregnancy enough to give her priority. Then, the angels come and announce to the shepherds, some of the lowest, dirtiest members of society, to come and see the King of all creation. The angels tell them that he’s wrapped in some cloth and lying in a feeding trough.

From the outside, there was really nothing notable about Jesus’ birth. Nothing about the circumstances would have caused anyone to turn their heads. It’s almost comical when we see these stories written in the Gospels to tell us about the birth of the King. With the exception of some things like the virgin birth and the angelic announcement to the shepherds, there is nothing too extraordinary about this story. The virgin birth could easily be written off as a lie made up by a single girl wanting to cover up her impropriety, and the angelic announcement sounds a lot like modern day UFO sightings. It simply didn’t look like a royal birth.

But it is significant that our Savior “had no form or majesty that we should look at him, and no beauty that we should desire him.” It reveals that Jesus truly is Immanuel, or God with us. He did not leave his lofty, heavenly home for a lofty earthly home where he would still be inaccessible by most. He took on humble circumstances where he faced hate, rejection, sorrow, and grief. He was tempted in every way that we were and yet was without sin. He experienced all the same pressures of earthly life as you and me.

Jesus later said that the Kingdom of God is like a man who stumbles upon a great treasure in a field and then sells all he has for that field. When Jesus was born, those who were fools in the world’s eyes became wise, and the humble and lowly were exalted because they saw the great treasure lying in a manger. The King had come, and they were given the privilege of an invitation to his birth.

The story of Jesus’ birth reveals much about the character of our God, but we see that he is incredibly humble and kind. He overcame evil and death by becoming weak and allowing evil to kill him, absorbing the consequences of our sin. He did not scare us into submission, and instead he loved us into a friendship.

Jesus was literally with us, and now the Spirit lives within us; but he also is “with us” figuratively in the way that he identifies with us in our human fears and suffering.